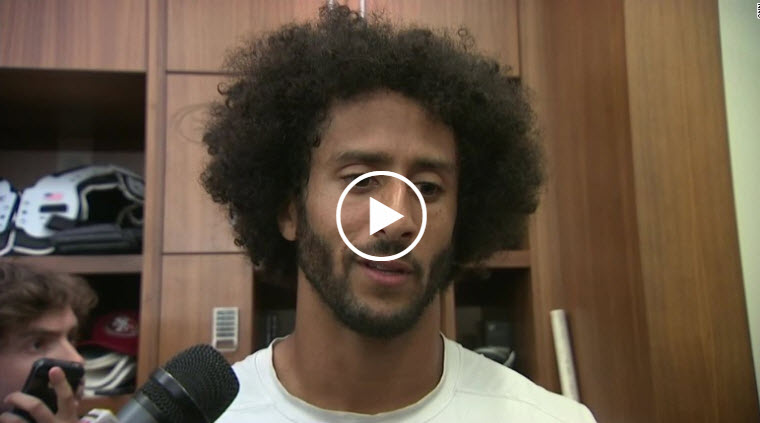 Washington | Justice Ruth Bader Ginsburg, never shy to weigh in on the controversies of the day, said she thinks “it’s really dumb” for San Francisco 49ers quarterback Colin Kaepernick and others to refuse to stand for the national anthem.

But the 83-year-old justice said she “wouldn’t lock a person up for doing it.”

Ginsburg made the comments to Yahoo’s Katie Couric while promoting her book “My Own Words.”

In the interview, Ginsburg steers clear from criticizing presidential candidate Donald Trump but calls the rhetoric from the election cycle “distressing.” She updates her health status, her thoughts on Hillary Clinton and Merrick Garland’s nomination and admits, to an amazed Couric, that she’s never even seen the famous parody of her on “Saturday Night Live.”

Of Kaepernick and others she says, she thinks their actions are “dumb and disrespectful”.