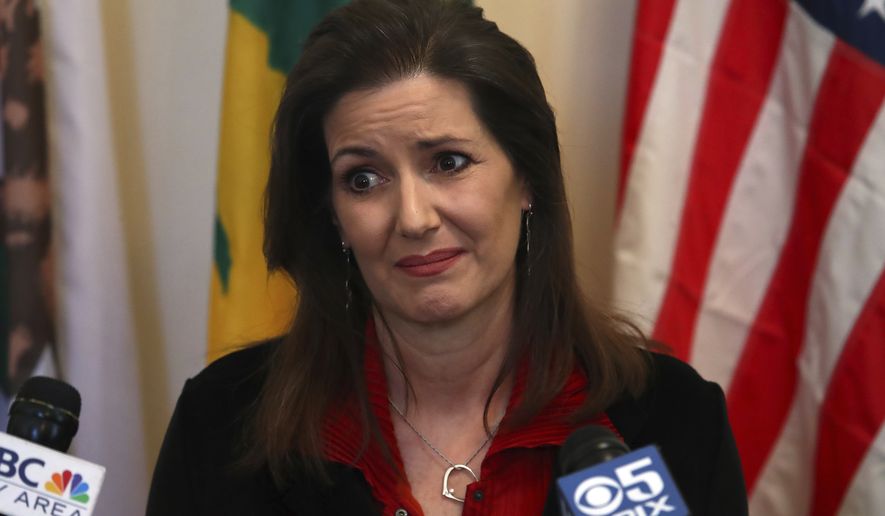 The Iowa Republican dubbed the bill the Mayor Libby Schaaf Act, after the Oakland mayor who alerted California’s bay area to an impending sweep earlier this year, in a move that immigration officials said helped hundreds of people escape detection.

At the time the chief of U.S. Immigration and Customs Enforcement said Ms. Schaaf was essentially acting as a “gang lookout” tipping off lawbreakers when police came through their neighborhood.

Mr. King’s new bill would include a penalty of up to five years in prison for any state or local official who obstructed enforcement of federal laws.