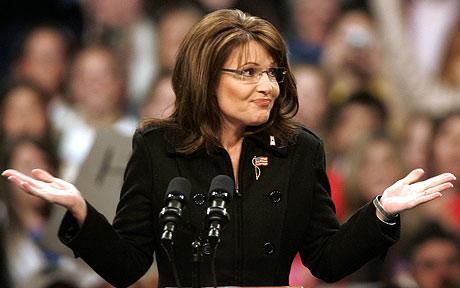 Palin Politics was on show again during the primaries in Mississippi, Alabama and New Mexico.

This time with mixed results.

In May, Ms. Palin traveled to New Mexico saying:

One the other hand, Ms. Palinâ€™s last-minute endorsement of former Fox News commentator Angela McGlowan in Mississippi’s 1st Distrct did little to help the candidate.

Hours before polls closed, Ms. Palin tweeted that “My family & I are rooting for Angela McGlowan; race may go to a run-off election, but hopefully Angela wraps it up today.”