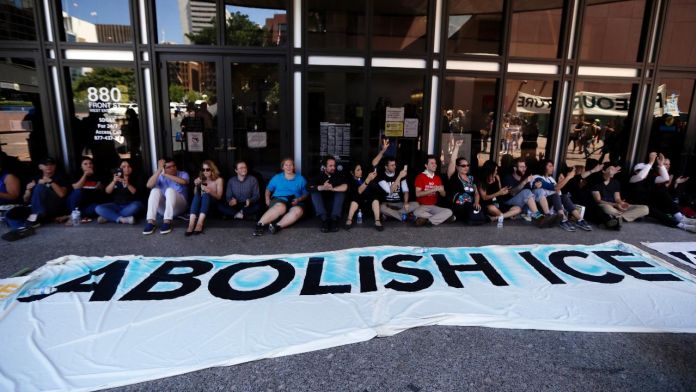 The Trump administration has launched a full-scale defense of Immigration and Customs Enforcement in the face of growing Democratic calls to “abolish ICE” — a slogan that was once limited to the far-left fringes of the party.

“While I stand before you today at a time when some people are actually calling for the abolition of ICE, in this White House let me be clear — we are with you 100 percent,” Vice President Mike Pence said at ICE headquarters on Friday. “And as the president said last night we will always stand proudly with the brave heroes of ICE and Border Patrol.”

Added Pence, “Under President Donald Trump, we will never abolish ICE. As the president said, we will never fail to applaud and expand and empower this agency with the resources you deserve.”

The searing speech from Pence, which included swipes at Democrats for attacking the agency, came as the White House issued a lengthy defense of the agents and the agency itself.