Scientists Claim They Can Reverse Aging 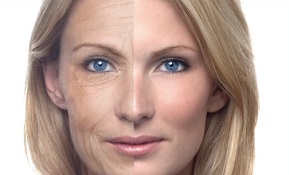 In a breakthrough discovery, scientists report that they have found the key to keeping cells young. In a study published Thursday in Science, an international team, led by Juan Carlos Izpisua Belmonte at the Salk Institute, studied the gene responsible for an accelerated aging disease known as Werner syndrome, or adult progeria, in which patients show signs of osteoporosis, grey hair and heart disease in very early adulthood.

These patients are deficient in a gene responsible for copying DNA, repairing any mistakes in that replication process, and for keeping track of telomeres, the fragments of DNA at the ends of chromosomes that are like a genetic clock dictating the cell’s life span.

Belmonte—together with scientists at the University Catolica San Antonio Murcia and the Institute of Biophysics at the Chinese Academy of Sciences—wanted to understand how the mutated gene triggered aging in cells.

So they took embryonic stem cells, which can develop into all of the cells of the human body, and removed this gene. They then watched as the cells aged prematurely, and found that the reason they became older so quickly had to do with how their DNA was packaged.