Second-choice Sanders goes on offensive to win voters from Biden 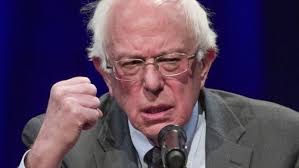 A significant portion of Joe Biden’s supporters are open to voting for Bernie Sanders, and the Vermont senator’s new attacks show he knows those Democrats are up for grabs.

Such a strategy, if done successfully, could shoot Sanders to victory in Iowa.

Polling consistently shows Biden backers are most likely to pick Sanders as their second-choice candidate. A Morning Consult survey released Tuesday found 29% of Democratic primary voters who support Biden gravitate to Sanders as a second option.

“There are a lot of voters who are up for grabs. A lot of those voters who have expressed their preference for a candidate, it’s a fairly weak preference,” said Brad Bannon, a Democratic strategist. “The reality is that there are Biden voters who are still up for grabs, who can go to Bernie. There are Bernie voters out there, who could go for Biden. That’s not even counting the undecideds or the support that exists for the lesser candidates.”