Sen. Al Franken to Gorsuch: Are You Part of Steve Bannon’s Plan for Deconstruction of the Administrative State? 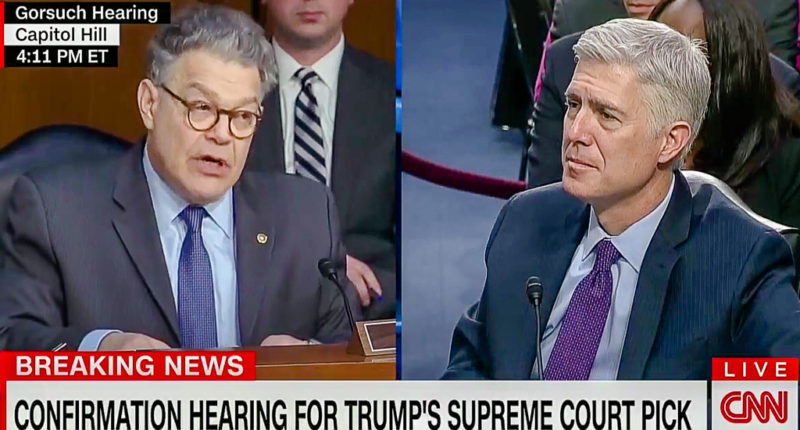 “Mr. Priebus [said] your nomination was central to President Trump’s fulfilling his policy objectives, quote, ‘Neil Gorsuch represents a type of judge that has a vision of President Trump, and it,’ — referring to your nomination — ‘fulfills the promise that he made to all of you,’ speaking to the conservative activists gathered at CPAC,” Franken said. “What do you think that Mr. Priebus was talking about?”