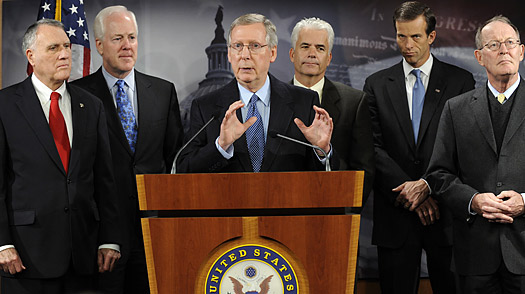 The U.S. Senate confirmed more than five dozen Trump administration nominees Thursday, reflecting a deal between Republicans and Democrats that will let lawmakers in both parties return home for the summer.

Among those confirmed were former Sen. Kay Bailey Hutchison, a Republican of Texas, who will be Trump’s ambassador to NATO, and Robert Wood Johnson, who was confirmed as ambassador to Great Britain and Northern Ireland.

Democrats agreed to move the nominees forward quickly, ending months of delays and obstructions to nearly every single Trump nominee. Senate Minority Leader Chuck Schumer had been dragging out the process of confirming the nominees to protest the GOP effort to repeal and replace Obamacare by using a procedural move that would have thwarted the ability of Democrats to filibuster.