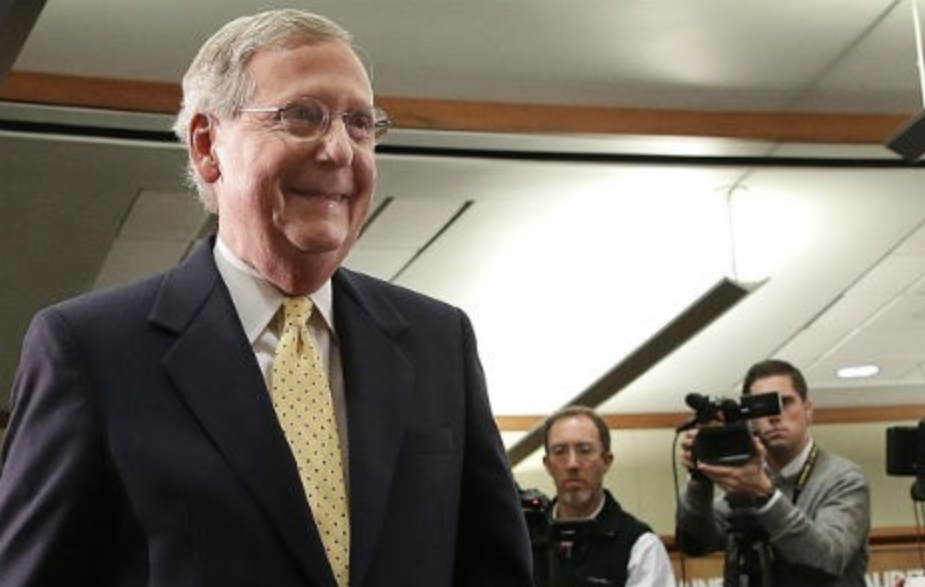 The victory is a huge win for Senate Majority Leader Mitch McConnell (R-Ky.), who took a hands-on role in crafting the defense of 24 Senate seats in what was projected to be a tough cycle for GOP incumbents.

Democrats picked up only one Republican-held seat as of 1 a.m. Wednesday, knocking off Sen. Mark Kirk in Illinois. It was a massive disappointment compared to their high hopes only a few weeks before Election Day, when they predicted a gain of as many as seven seats.

Many Senate Republican incumbents that Democrats hoped to unseat stayed afloat as Donald Trump dramatically outperformed expectations at the top of the ticket. 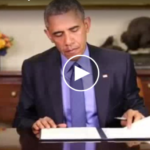 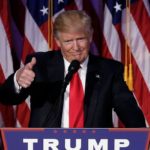 It is most ironic that the e/GOP RINO Congressmen that Trump saved most likely voted for Clinton.

Mitch McConnell showed once again why he is the father of Kentucky’s modern Republican party. When he was first elected to the Senate he became the only Republican to hold a state wide office in Kentucky. Over the years the McConnell organization has worked to build up the Republican party. Last year voters swept most state-wide Democrat office holders out of state government. Last night the Republican party took control of Kentucky’s house for the first time since 1921. The house went from 55 D-45 R to 64 R- 36 D. In my county the Democrats lost every race yesterday. Twenty years ago no Republican candidate would have had a chance to win a local office.

Mitch McConnell is a great political strategist. He deserves a lot of credit for making sure President Trump will have a Republican Senate to work with.

Trump wants to “drain the swamp”, and McConnell is one circling the drain. There is no reason why either McConnell or Ryan should keep any leadership role in the new Congress after the way they acted these last 6 months.

I totally agree. McConnell is a joke and we need to start sending letters to our senators, and let them know how we feel. If they don’t listen, we can start right now in getting them replaced next time around. The people of this country are back and we intend to be heard.

Freedom is not free, we need to keep boycotting every anti-American projects , sign all petitions and send on !!!! Thanks to the true patriot’s !

Bush, Clinton and Obama regime keep spewing their lie’s even when they are caught red handed . We will see what happens now even as the commie media say’s she won popular vote with illegals, dead people ect: One of the reasons for the electoral system in place! I hear Monsanto part of the slow kill chem & Gmo sprays, over sky and land, vaccines ect; is being sued as they also Soros, Saudie’s and other’s donate to Clinton foundation that is used their purposes and for supporting our enemy’s with weapons, planned parenthood for fetus parts that also trickle down to other anti- American groups across America as Aclu Cair, Epa, Gullen Schools, Move on, and many others here to help take America down under false motives ! Also the protest riots and all monies from these fronts should go back to the American tax payers, ssi , medicare ect: I also heard not so sure, but Sanders is supposed to have over 70. mil dollars hidden affiliated in some way to the TTP treaty and who knows what else ! Actually I think this election won by the people with divine intervention for the purpose of bringing GOD back with one last chance to do just that!
Those who call my name, humbles themselves, pray , seek my face & turn from wicked ways; I will forgive and heal their land!

Now, it is time for the Senate Republicans to throw the “Obama supporter” aka: Mr. McConnell, out as the leader of the Senate and put in his place a person who can spell “Conservative” without using “spell-check”!

Along with McCain and Graham!!

The only way we will ever have a “real” Congress is when they are all removed by Term Limits! With their current ability to service as long as it takes them to get filthy rich, we are the loser, and they are overpaid, over benefited and over-time to get a real job and have to be held responsible for their actions like most working people are made to be to retain their position!

I totally agree James, I’m all for Term Limits,and the same for SCOTUS!!

I agree, even for the SCOTUS! I would think that 2 terms of 8 years would be enough!

We vote for everything else, why not SCOTUS!!

The intent of the Founders was to keep the SCOTUS outside of the arena of politics as much as was possible. We now see that politics have found it’s way in, and that is why I believe that they should also be held to a “term limit”! Everything that is bad about our government is money and politics, that would be the end of justice as we know it to be. We all realize that money can buy power and of course, politicians can be bought. Allow politics into the Supreme Court and very soon the SCOTUS would be as corrupt as the IRS, FBI, ERA and the DOJ!

You don’t think that the SCOTUS is corrupt now, like Obamacare being forced on people Unconstitutionally !

I do know that some corruption is active in the SCOTUS! Almost all of the “Agencies” of the Federal government are now corrupted by the Obama administration. Only the new President can change this, Mr. Trump will now be the “Administrator” of all of these agencies and he will appoint all new leaders, that is the “best hope for change” since Reagan!

I feel the same way my friend!! Everything is set up to make great changes to our country for the good, just hope they don’t mess it up!!

It will take me about 2 weeks to finally get this “Happy Grin” off my old face! And then, I’m going to get right right in the middle of my elected Rep’s and tell them…..”You have no more excuses for failure, and you can no longer complain about Odumbo, get you butt busy cleaning up the mess you have made, or Else”! And I will remind all of them that they can be “Fired”!

I have one Senator, not named Ted, that is a “Giant” suck-up to McConnell and Reid. He calls himself a Conservative, when in fact, he has been very busy filling his bank account with wealth and supporting Odumbo. I will do all I can to get him run-off, so help me!

No, his name is John, as in “I need to go to the…..”! He is so wishy-washy that it a wonder that he can stand upright! Any bill sent up from the House, unless he see’s a way to make some money on, he votes again!

McCain, one of Obama’s favorite pal dawgs, and one sorry POS, that has turned his back on our VETs as bad as anyone! Part of the Rino gang, McConnell, and Graham trash!!

Pull your head out of your backside, and “Get a Life”!

It seems the silent majority has spoken; rip out the rot!