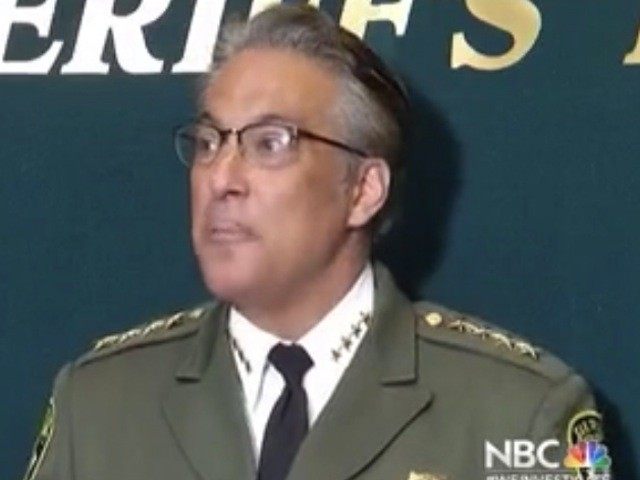 Friday at a press conference about the sanctuary city procedures some say are responsible in the shooting death of Kathryn Steinle allegedly by five-time deportee and convicted felon Juan Francisco Lopez-Sanchez, San Francisco Co. Sheriff Ross Mirkarimi laid the blame squarely on federal immigration officials for not having a warrant on Lopez-Sanchez.

Sheriff Mirkarimi told reporters, “I find it incredibly sad and incomprehensible that this tragedy is being used as a platform for political gain. We want to set the record straight.”

He continued, “When a bench warrant is confirmed and requested a full and arranged transportation for San Francisco so that Lopez Sanchez could appear before the San Francisco court. Although this bench warrant existed in the system for 20 years and Lopez Sanchez was in federal custody three types since 1995, this is the only time we have record that the federal authorities sought to clear the 1995 felony warrant for possession, for sale, of marijuana. possession and for sale of marijuana. Federal authorities could have repeated their earlier process as they had done numerous times before and deported him without responding to the 1995 warrants. San Francisco rarely if ever prosecutes for marijuana anyway. On March 26th Lopez Sanchez is transported to San Francisco county jail on a felony warrant. On March 20th. 2015, Lopez Sanchez appears in court with his defense counsel and deputy district attorney. The DA moves to dismiss the charges and the charges are dismissed by the San Francisco court.”