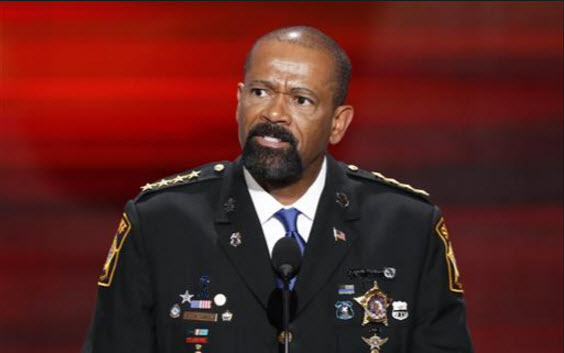 “We simply cannot be great if we do not feel safe in our homes, on our streets and in our communities,” Clarke said during his convention speech.

“Donald Trump understands that what can make our nation safe again is a recommitment to a system of justice in which no government official — not even those who have fought their way to the marble and granite halls of Washington — no private citizen, not even Hillary Clinton … can claim privilege above the law.”

Clarke’s speech received the biggest applause of the night up to that point.

“I see this every day at street level, where many Americans increasingly have an uneasiness about the ability of their families to live safely in these troubling times. This transcends race, religion, ethnicity, gender, age and lifestyle.”