Smack-Down: Gay Ambassador Vs. The Pope 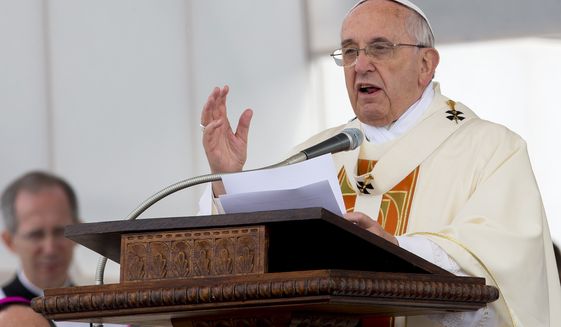 Vatican spokespeople declined to comment… and the French government has said little, but experts on Vatican diplomacy said the possibility of what they believe would be the first openly gay Vatican ambassador is complicated.

Massimo Faggioli, a church historian at the University of St. Thomas in St. Paul, Minn., who focuses on the papacy, said France was “poking a finger in the eye of the Vatican” by appointing an openly gay man and then speaking – even off the record – when his appointment hadn’t clearly been approved.

Faggioli said he thought it was hypothetically feasible that the Vatican might accept a gay ambassador, but seeing the topic in public violates “the basic rules of diplomacy. Revealing why an ambassador has been rejected is not typical. … Once it came out, it became a matter of principle. Diplomacy is imminently the field of practical things.”

Another person very familiar with the Vatican diplomatic scene, who spoke on condition of anonymity because the person still works in the church, said the Stefanini case embodies the different forces at play in the Francis era when it comes to the place of gay people.