Steve Bannon on Donald Trump: ‘Martin Luther King would be proud of him’ 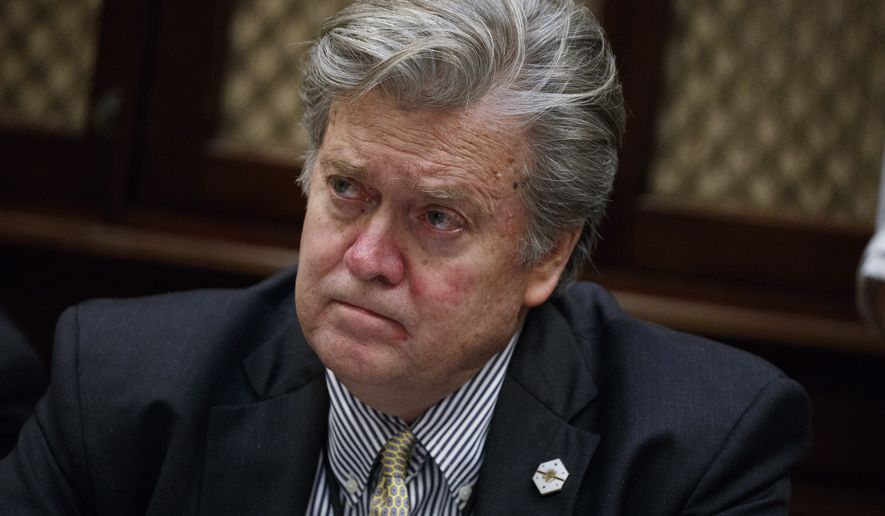 Mr. Bannon made the remark in a sit-down interview filmed Tuesday in Prague for the BBC’s “Newsnight” program, The Hill first reported.

“Martin Luther King would be proud of him — what he’s done for the black and Hispanic community for jobs,” Mr. Bannon said of Mr. Trump.

Mr. Bannon reiterated his claim moments later after being asked to clarify by the interviewer.