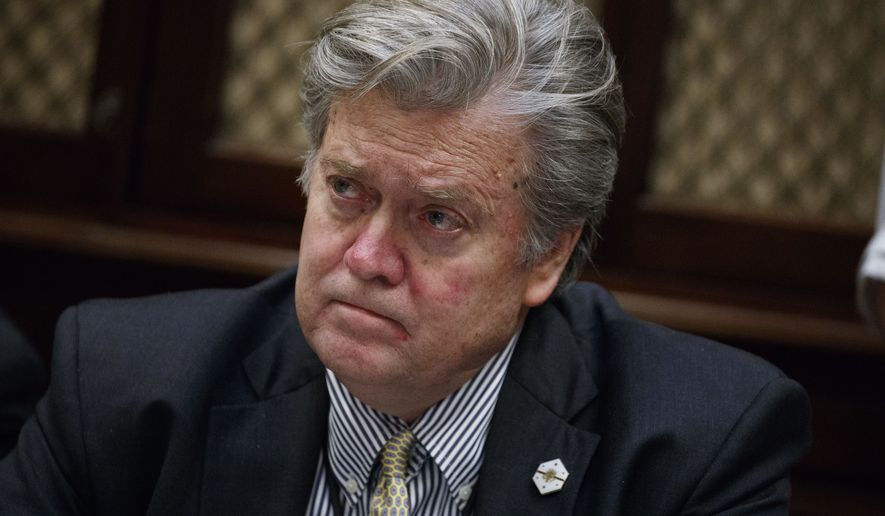 Steve Bannon’s promised political army is crumbling, with the cadre of candidates he has vowed to field to capture Republican-held Senate seats yet to materialize.

One potential recruit in Mississippi has put his Senate decision on hold, and a Bannon-backed candidate in Arizona has distanced herself from him after his relationship with the White House turned sour this year.

Although some of the former Trump political guru’s preferred candidates are sticking by him in Nevada and Virginia races, he has struggled to find anyone to mount an insurgent challenge in other Senate races — particularly after his hand-picked candidate, former state Supreme Court Chief Justice Roy Moore, lost a critical special election in Alabama in December.

“There seems to be an erosion in the once-rising populist tide,” said Ryan Williams, a Republican Party strategist who worked on Mitt Romney’s 2012 presidential campaign. “The air has since come out of the balloon since the embarrassing loss in Alabama and since Bannon’s departed the national stage after Trump took him to the woodshed.”