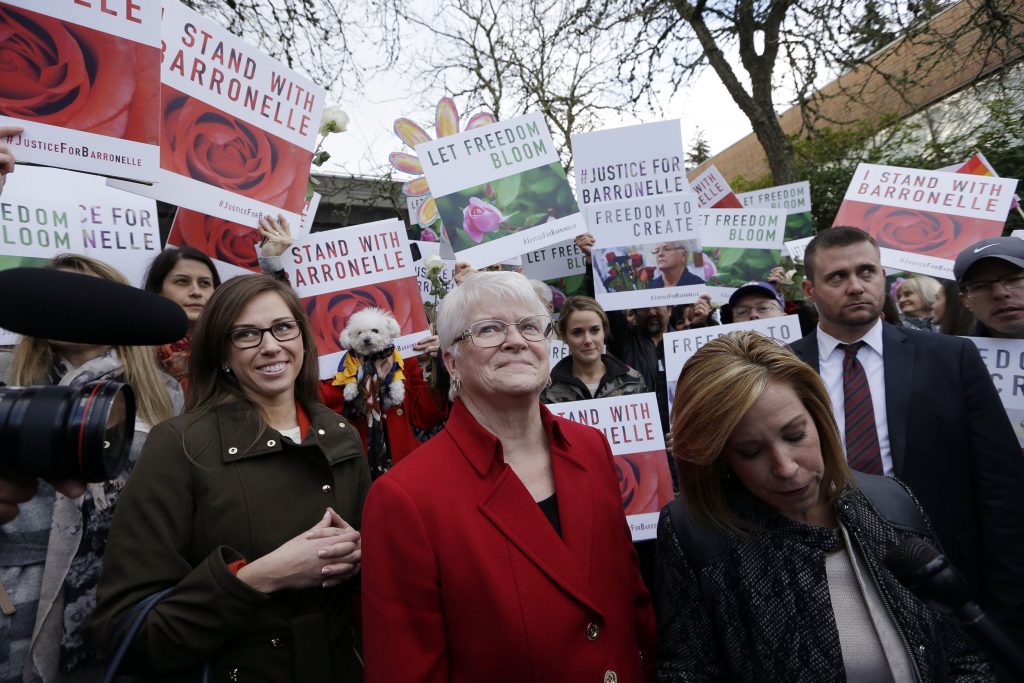 The U.S. Supreme Court has tossed out a state court ruling against a Washington florist who declined to make a floral arrangement for a same-sex couple’s wedding and sent the case back to the lower court in light of its ruling this term in a case involving a Colorado baker.

The court announced Monday it was vacating the ruling from the Washington Supreme Court and remanding the case back to the state high court.

The Washington Supreme Court found florist Barronelle Stutzman violated a state civil rights law when she declined to make a floral arrangement for a longtime customer’s same-sex wedding in 2013 due to her religious objections.

The Supreme Court’s decision in the case comes after it issued a narrow ruling in a similar case involving a Colorado baker who declined to bake a cake for a gay couple’s wedding reception.