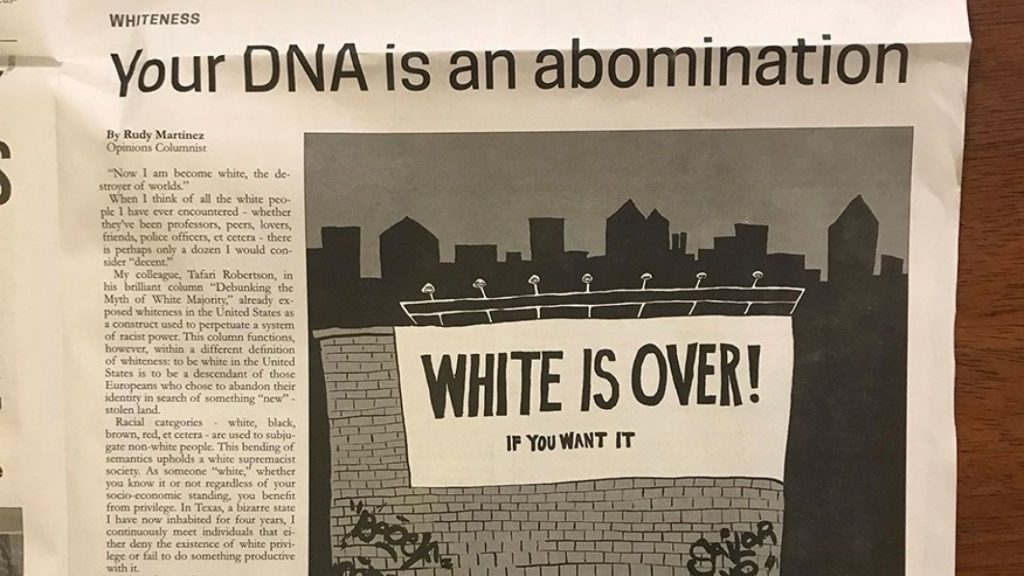 A Texas college’s student newspaper is apologizing after coming under fire for running an opinion column called “Your DNA is an abomination” that accuses white people of being oppressors who “shouldn’t exist.”

The apology from Texas State’s University Star came just hours after the column was printed in the paper’s Tuesday edition, sparking a backlash.

“Whiteness will be over because we want it to be,” the article reads, according to a photograph sent to Fox News by multiple viewers. “And when it dies, there will be millions of cultural zombies aimlessly wandering across a vastly changed landscape.”

In addition to stating “white death will mean liberation for all,” the columnist also says whiteness is “a construct used to perpetuate a system of racist power” and white people are “an aberration.”

Read the full article: http://www.foxnews.com/us/2017/11/30/texas-student-newspaper-blasted-over-anti-white-your-dna-is-abomination-column.htmlTexas student newspaper blasted over anti-white 'Your DNA is an abomination' column