The Internet battle for .bible 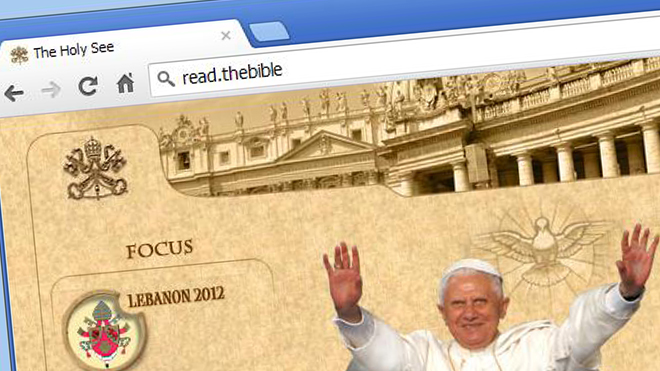 How will faith be presented on the Internet?

Recent moves by the ruling body that oversees the Internet have allowed for the most dramatic expansion in the Internet since it was created: an almost limitless number of top-level domains are now possible, to join the classics such as .com, .edu and .net.

But that expansion has led to feuding over certain loaded religious words and terminology. Should the Catholic Church automatically control the .catholic domain? What if the church hasnâ€™t applied, perhaps balking at the whopping $185,000 submission fee?

Apparently, the geeks at the Internet Corporation for Assigned Names and Numbers (ICANN) wonâ€™t be consulting the Gospels to decide who can have such domains.

“We don’t look into whether the Vatican has the right to the .catholic name,” Akram Atallah, interim head of ICANN, told Reuters. “Hopefully, the process will get to a conclusion that is satisfying to the majority.”

According to the news agency, as soon as ICANN began accepting applications for such domains in June, bids came in for extensions such as .catholic, .islam and .bible. Not far behind were critics who challenged whether any one applicant can own such a loaded domain — and potentially monopolize its usage.

“I respectfully ask you not to award .bible to a bunch of hardcore Bible-thumpers,” wrote one critic of an application by the American Bible Society to manage that extension, Reuters said.