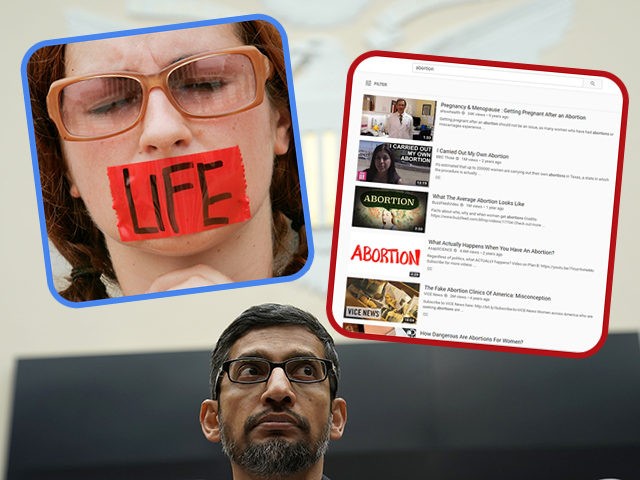 The term “abortion” was added to a “blacklist” file for “controversial YouTube queries,” which contains a list of search terms that the company considers sensitive. According to the leak, these include some of these search terms related to: abortion, abortions, the Irish abortion referendum, Democratic Congresswoman Maxine Waters, and anti-gun activist David Hogg.

In the leaked discussion thread, a Google site reliability engineer hinted at the existence of more search blacklists, according to the source.

“We have tons of white- and blacklists that humans manually curate,” said the employee. “Hopefully this isn’t surprising or particularly controversial.”