A conservative group affiliated with the tea party movement is urging congressional Republicans to postpone their planned election for speaker of the House so there can be more debate about the future of the party.

“After a chaotic election cycle, the House Republican Conference should take some time to reassess and reflect on what the future of the GOP will be,” said FreedomWorks CEO Adam Brandon. “Will the conference fight for conservative priorities in the lame duck and into the next Congress? Or will it continue down the path of the status quo that has frustrated conservative grassroots activists across America.”

The House GOP is expected to meet behind closed doors the week after the November elections to select members of the party’s congressional leadership, including their nominee for speaker of the House. (Following that vote, the entire House of Representatives will gather on the floor to formally elect the speaker, but the real decision is made in the closed-door conference meeting.)

Assuming Republicans hold the House, there are a number of open questions: Does Speaker Paul Ryan still want the job? Do House conservatives still back him or do they get behind someone else? If Donald Trump loses the presidential race, what sort of intra-party debate occurs within the Republican Party? 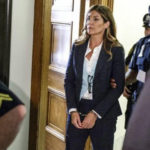 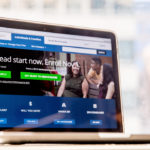 ObamaCare fallout: As premiums rise, so does cost to taxpayers

I never in a hundred years thought I’d entertain this. But unless the house gets rid of that POS PAUL RYAN, as an independent, I will switch over on the house elections. To have a Speaker and any congressmen/women to refuse to support their parties choice is an unforgivable move, be it republican OR democrat.

Ryan has to go. We need Gowdy, Chavez , Lee, somebody that will do the job. Ryan is just lining his pockets.

A lot of the legislative agenda for each party can’t be set until after the results of the election are known. If the Republicans lose the White House the party needs to begin some serious soul searching. Not only do they need to develop a strategy for the next four years, but they will need to develop a strategy for winning the presidency in 2020.

Hillary Clinton is a known quantity. It is unlikely she is going to abandon corruption or become competent if she wins the presidency. The Republicans need to come up with a coherent plan for dealing with her and her initiatives. House and Senate leadership should be selected after a strategy is developed. The leadership needs to not only support the plan but be able to demonstrate how they would be the most able to implement the plan.

The question is: Do they have anybody with leadership qualities or abilities to get the job done? There seems to be too many lone wolves with their own agendas who refuse to play well with others.

You’re right. More can usually be accomplished when people work together. Sometimes it is better to cooperate and get 50 percent of what you want than push your own agenda and get nothing.

Unfortunately, none of this will happen until they are willing to subordinate their own self-serving interests to their the will of the people and service to America. I don’t think this will ever happen in Washington… on either side of the aisle.

There are many better Representatives in the House to be the Speaker than the haughty Rep. Paul Ryan. If a person cannot support a nationalist GOP presidential candidate, then, he seems to be an arrogant person who is there all for himself.

Ryan is a spoiled arrogant, self Righteous Brat, probably a Dem implant if the truth be known.
We the people, that hired these idiots or so called Civil Servants, need to know what their net worth was, prior to being elected and what their net worth is now Most, if not all, were not millionaires prior to being elected. So how is it many of them are now? Do they run or own a business, other than drug and arms smuggling?

His wife is a lobbyist for Saudi Arabia. THus, his connection to Obama and Islam.

Maybe he should support the president nominee, maybe he wouldn’t have to go through this… Serves him right!