Thiel: Fake Culture Wars Only Distract Us From Our Economic Decline 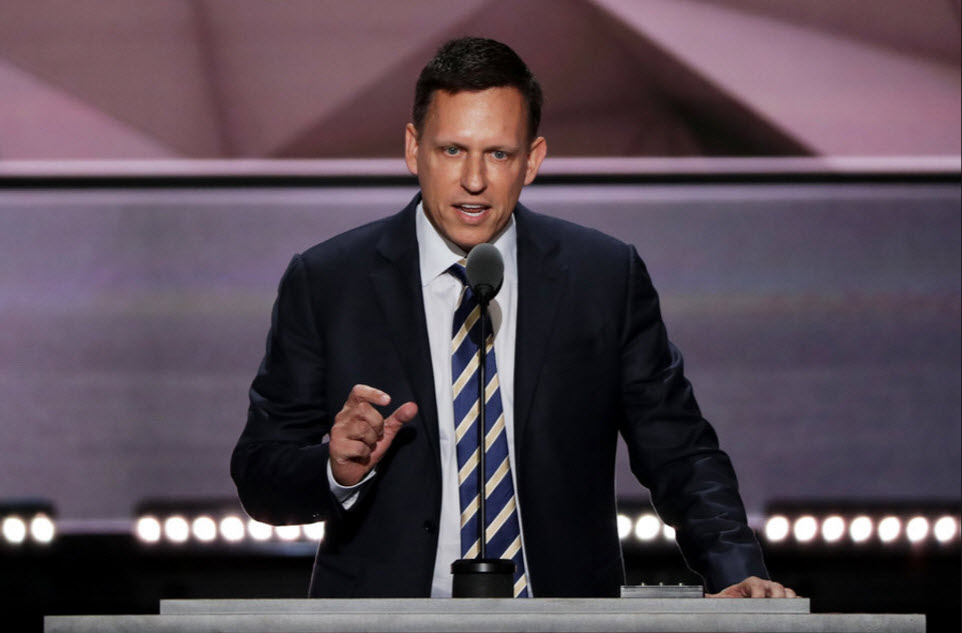 The crowd erupted with a standing ovation that turned into a short chant of “USA! USA! USA!”

“I don’t pretend to agree with every plank in our party’s platform. But fake culture wars only distract us from our economic decline,” he said. “When I was a kid, the great debate was about how to defeat the Soviet Union. And we won. Now we are told that the great debate is about who gets to use which bathroom. This is a distraction from our real problems. Who cares?”

“Instead of going to Mars, we invaded the Middle East,” he said. “Donald Trump is right. It’s time to end the era of stupid wars and rebuild our country.”