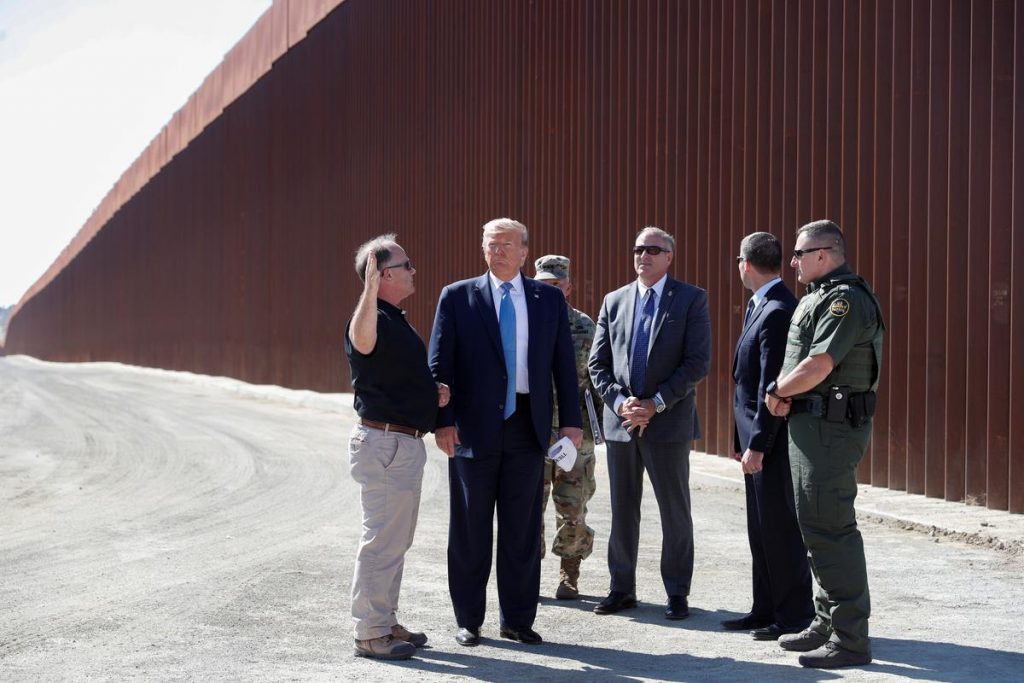 WASHINGTON (Reuters) – The U.S. Defense Department sent Congress a request to shift nearly $4 billion from the military budget to pay for a wall on the border with Mexico, a central promise of President Donald Trump’s campaign for the White House four years ago and bid this year for a second term.

Lawmakers said they received a request on Thursday to reprogram more than $3.8 billion from funding for the National Guard and weapons programs, setting the stage for a possible confrontation with Democrats.

Congressional Democrats, who opposed Trump’s past diversion of billions of dollars in military spending to the border wall project, said the decision was dangerous and misguided.

The criticism was bipartisan.

The top Republican on the U.S. House Armed Services Committee, Representative Mac Thornberry, said the move by the Pentagon was “contrary to Congress’s constitutional authority.”

Last month, the Pentagon received a request from within the Trump administration to build roughly 270 miles (435 km) of wall on the border, which would have cost about $5.5 billion.

“The transfer of funds is based on what the law allows and that the items to be funded are a higher priority than the items (from) which the funds were transferred,” Robert Salesses, the deputy assistant secretary of defense for homeland defense integration, told Reuters.

The American Civil Liberties Union, or ACLU, said it would challenge the latest border wall transfer.

The Trump administration has vowed to build at least 400 miles (640 km) of wall along the border by November 2020, when Americans will vote for president. In his 2016 campaign, Trump said Mexico would pay for the wall. The Mexican government has consistently refused to do so.

Trump’s hard-line immigration policies, particularly for immigrants who come across the southern border with Mexico, have been a signature of his political campaign and first term in the White House.