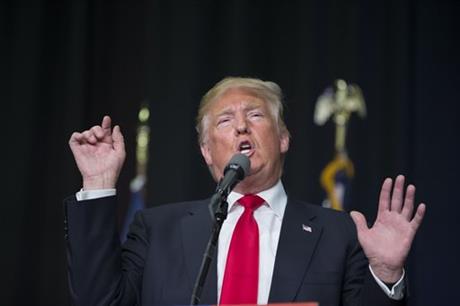 Donald Trump is aiming for a sweep of all five Northeastern states holding primaries Tuesday, including Pennsylvania, with his rivals pinning their hopes of stopping the Republican front-runner on a fragile coordination strategy in the next rounds of voting.

For Democratic leader Hillary Clinton, wins in most of Tuesday’s contests would leave little doubt that she’ll be her party’s nominee. Rival Bernie Sanders’ team has sent mixed signals about his standing in the race, with one top adviser suggesting a tough night would push the Vermont senator to reassess his bid and another vowing to fight “all the way to the convention.”

Clinton was already looking past Sanders, barely mentioning him during recent campaign events. Instead, she deepened her attacks on Trump, casting the billionaire businessman as out of touch with Americans.

“If you want to be president of the United States, you’ve got to get familiar with the United States,” Clinton said. “Don’t just fly that big jet in and land it and go make a big speech and insult everybody you can think of.”