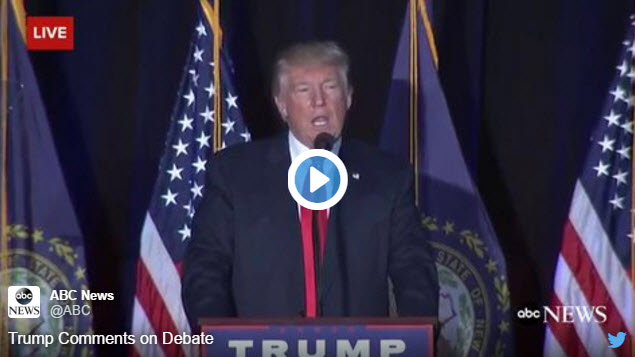 Donald Trump on Thursday said that the first presidential debate of 2016 against Hillary Clinton was “a rigged deal.”

During a campaign event in New Hampshire, Trump, the Republican nominee, said he had to fight with moderator Lester Holt on “everything I said.”

“Then I had to put up with the anchor and fight the anchor on everything I said. What a rigged deal, I tell you, we are in such a rigged syst — it is terrible. What’s going on in this country is so sad. But it will change. Remember Nov. 8th.”

He also touted the nonscientific online polls that showed him as the victor of Monday’s debate.

The majority of scientific post-debate polls and focus group studies found that Clinton won the contest. The Democratic nominee has also gotten a slight bump in the polls.