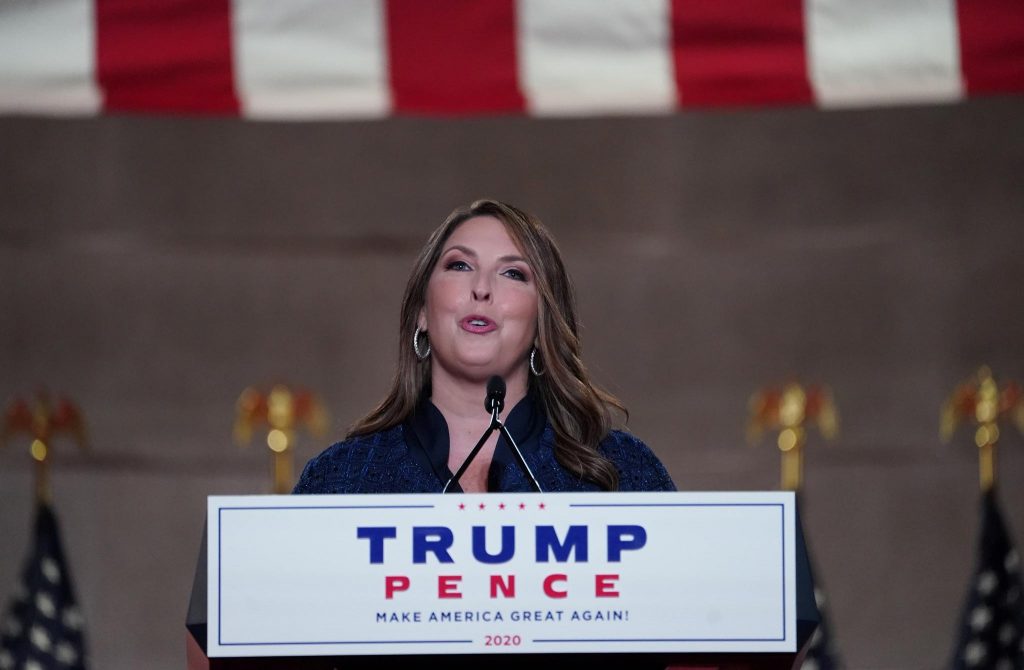 WASHINGTON (Reuters) – U.S. President Donald Trump on Wednesday endorsed Republican National Committee chair Ronna McDaniel to stay on in her position, in what one source said could be a prelude to Trump’s announcing plans to run for president in 2024.

Normally, a president who loses an election does not influence who the RNC picks as its next leader. Trump is contesting the results of the Nov. 3 election that was won by Democrat Joe Biden.

“I am pleased to announce that I have given my full support and endorsement to Ronna McDaniel to continue heading the Republican National Committee (RNC). With 72 MILLION votes, we received more votes than any sitting President in U.S. history – and we will win!” Trump said in a tweet.

Biden won the race with more than 77 million votes.

Trump backed McDaniel for RNC chair in 2017 after she helped deliver her home state of Michigan in the 2016 presidential election in which he defeated Democrat Hillary Clinton.

A source familiar with internal discussions said Trump was telling allies he planned to run for president in 2024 and could announce it by the end of the year.

The U.S. Constitution allows presidents to serve two four-year terms and they do not have to be consecutive.

A long list of Republicans are said to be considering a run for the 2024 presidential election, including Trump’s own vice president, Mike Pence.

U.S. news media have called the 2020 race for Biden, but Trump is contesting the results in a series of legal challenges in a handful of battleground states – in an attempt to back his unsupported claims of widespread voting fraud and irregularities.

Members of the RNC are due to meet late in January to vote on whether to keep McDaniel as chair. The vote will be a test of how powerful Trump remains in the party after he leaves office in January, should the legal challenges fail.