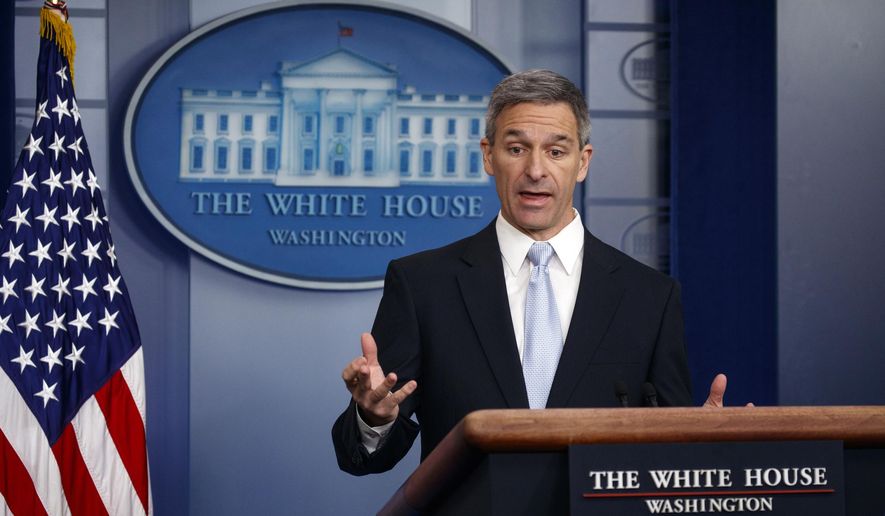 Conservatives have been trying for decades to create an immigration system that rewards immigrants who won’t be a burden on society and discourages those who will.

The Trump administration is taking a major step toward that goal Monday when the “public charge” rule takes effect, giving U.S. Citizenship and Immigration Services the authority to refuse green cards — the key step on the path to citizenship — to people who have used a wide range of nonemergency welfare programs.

“The main reason this got done is because we have a president who is determined enough to make self-sufficiency matter again in a meaningful way,” said Ken Cuccinelli, who pushed through the rule as acting chief of USCIS and is now acting deputy secretary at the Department of Homeland Security. “That kind of entrepreneurial mentality is a natural for him.”

Like most of President Trump’s other immigration moves, this one has survived an onslaught of court challenges, howls of complaints from Democrats on Capitol Hill and fierce opposition of immigration rights groups, who called it racist and elitist.

The administration said the vision of self-sufficient immigrants has been part of the American vision since Colonial times and was explicitly written into law in 1882, when Congress banned any immigrant who was “unable to take care of himself or herself without becoming a public charge.”

The idea was reaffirmed as recently as 1996, when President Clinton signed legislation giving officers explicit powers to deny visas to potential public charges.

Yet the Clinton administration issued guidance that took much of the teeth out of the law, saying only a few cash-benefit programs such as welfare checks would be considered.

Critics said that left immigrants free to collect food stamps, Medicaid and other “noncash” benefits and had long pressed for action.

The Trump rules expand the calculation to include noncash programs such as food stamps, housing assistance and Medicaid. Anyone who used those benefits for at least 12 months out of a three-year period would be flagged.

It’s not an automatic disqualifier, but it will be “an important factor, heavily weighted to the negative” when USCIS officers decide whether to grant a green card, Mr. Cuccinelli said.

The State Department said it will begin following the same rules for those applying for entry from outside the U.S.