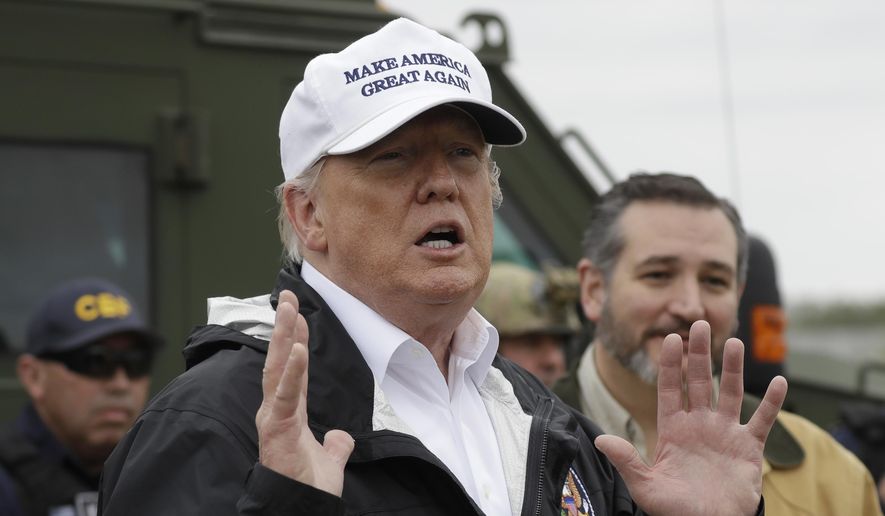 President Trump predicted Sunday that many Hispanic voters will join the Republican Party because Democrats won’t make a deal on DACA in exchange for funding of his border wall.

Republicans on Capitol Hill were pushing for a deal to get funding for the wall in exchange for granting protected status to children brought to the U.S. illegally by their parents.

“Democrats are saying that DACA is not worth it and don’t want to include in talks. Many Hispanics will be coming over to the Republican side, watch!” Mr. Trump tweeted Sunday.