Trump: ‘Obama lied to us’ about Iran payment 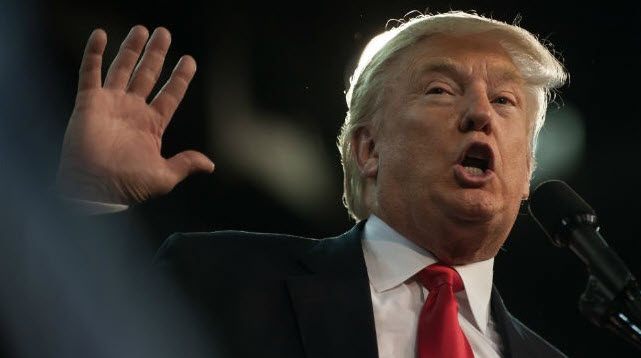 President Obama lied to the American people about the U.S.’ $400 million payment to Iran, Donald Trump told supporters at a rally Saturday.

“While President Obama and Hillary Clinton are shrinking America’s military, they are also expanding, through allowing it to happen, the military of Iran,” Trump said at a rally in Fredericksburg, Va.

“They are doing this with their disastrous deal that puts Iran on a path to nuclear weapons and gives them another $150 million, not to mention the $400 million in cash, which turned out to be a ransom payment after all, just like I said. in other words, our president lied to us. He lied to us.”

The cash payment to the Iranian government is at the center of a new fight between Republicans and the Obama administration. Republicans allege that the payment was a ransom in exchange for the release of three American prisoners in Iran.

Obama has denied that it was a ransom and dismissed the criticism. He said it was money the U.S. owed to Iran and had been announced months ago as part of a larger diplomatic agreement over Tehran’s nuclear program. The payment was part of a $1.7 billion settlement resolving a dispute from an arms deal that occurred in the 1970s.