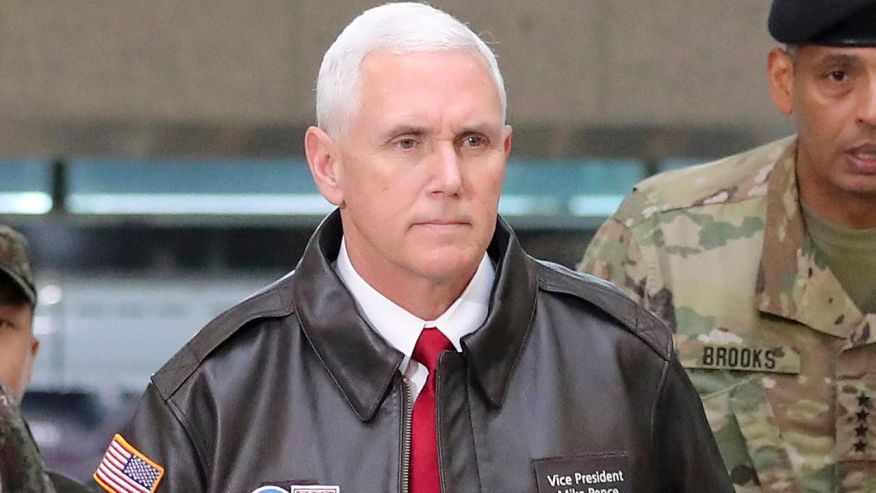 Trump gave his two-word prescription Monday morning when asked by a reporter at the White House Easter Egg Roll. The president has been tweeting warnings at North Korea for weeks as the dictatorship ramps up provocative missile tests.

Vice President Pence, speaking near the Demilitarized Zone between North and South Korea on Monday, delivered a similar steely statement, saying the “era of strategic patience is over.” Pence, expressing impatience with the speed and willingness of the regime to end its nuclear weapons program, said Trump was hopeful that China would use its “extraordinary levers” to pressure Pyongyang to abandon its weapons.

“President Trump has made it clear that the patience of the United States and our allies in this region has run out and we want to see change,” Pence said. “We want to see North Korea abandon its reckless path of the development of nuclear weapons, and also its continual use and testing of ballistic missiles is unacceptable.”