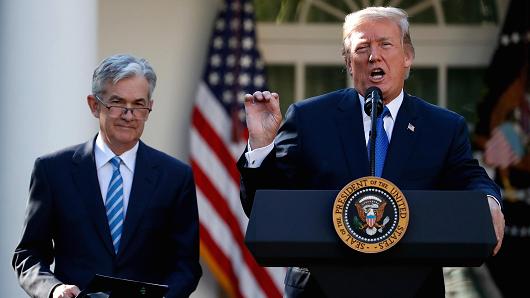 Trump made the announcement during a Thursday afternoon ceremony in the Rose Garden.

The move follows an extended period of speculation over who would be named to head the central bank, whose aggressive policies have been considered central to a climate of low interest rates, surging job creation and booming asset prices.

“Today is an important milestone on the path to restoring economic opportunity to the American people,” Trump said with Powell standing to his right and the prospective chairman’s family nearby. The president said the Fed requires “strong, sound and steady leadership” and Powell “will provide exactly that type of leadership.”