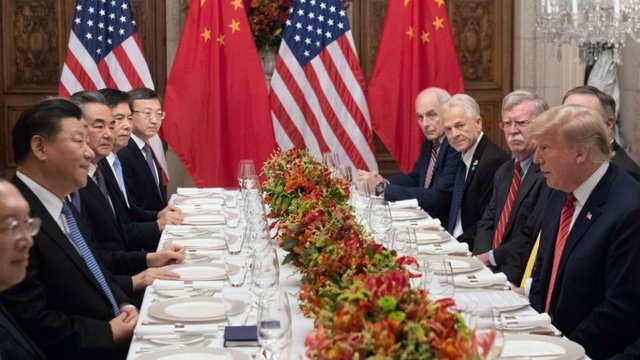 President Trump announced Sunday that he is delaying an increase in tariffs on Chinese imports that were scheduled to go into effect March 1, citing “substantial progress” in ongoing negotiations with Beijing.

Trump, who made the announcement on Twitter, added that he and Chinese President Xi Jinping will plan a summit to finalize an agreement, “assuming both sides make additional progress.” He said the summit will be held at his Mar-a-Lago estate in Florida.

“I am pleased to report that the U.S. has made substantial progress in our trade talks with China on important structural issues including intellectual property protection, technology transfer, agriculture, services, currency, and many other issues,” Trump wrote on Twitter.

“As a result of these very productive talks, I will be delaying the U.S. increase in tariffs now scheduled for March 1. Assuming both sides make additional progress, we will be planning a Summit for President Xi and myself, at Mar-a-Lago, to conclude an agreement. A very good weekend for U.S. & China!” he added.