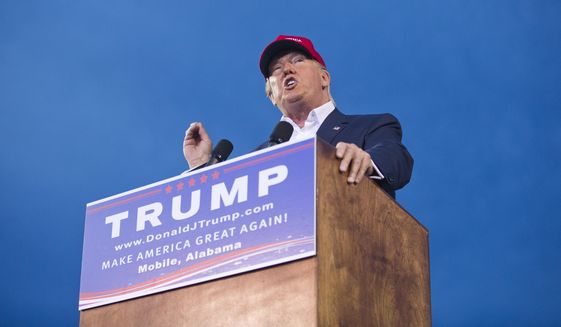 With his popularity soaring after a weekend rally that drew more than 30,000 supporters, Donald Trump on Sunday took aim at President Obama, Democratic presidential front-runner Hillary Rodham Clinton and his own party rivals as he continued his unlikely ride atop the Republican presidential field.