Trump sides with Rubio over Cruz in NSA surveillance debate 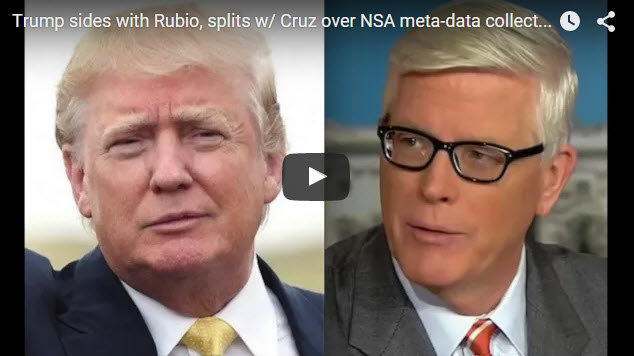 “I tend to err on the side of security, I must tell you,” Trump told conservative radio host Hugh Hewitt when asked about the metadata program.

“When you have the world looking at us and would like to destroy us as quickly as possible, I err on the side of security,” Trump added.

The position marks a contrast with Cruz, whom Rubio has targeted for opposing the bulk metadata program.