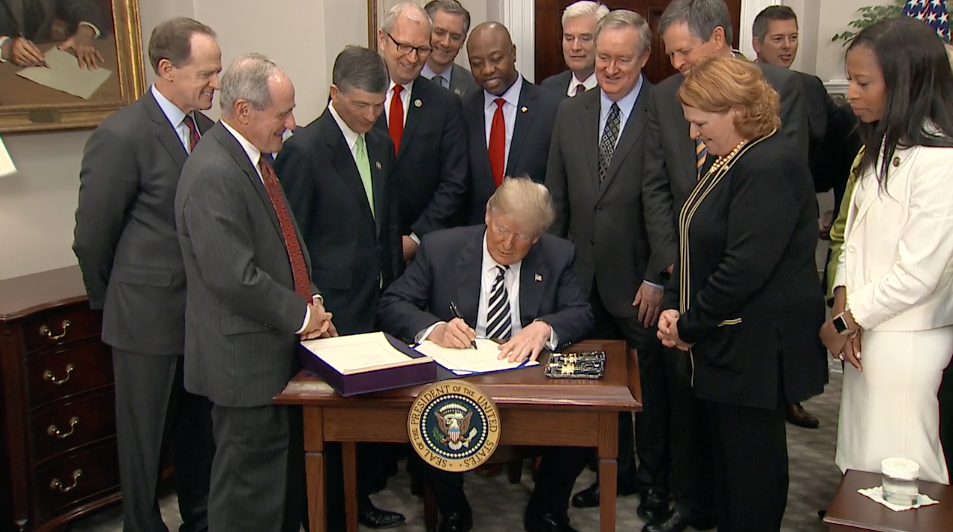 Trump enacted the legislation during a White House ceremony two days after the House of Representatives passed the bill to exempt dozens of banks from strict federal regulation.

Trump had pledged to “dismantle” Dodd-Frank, a law long targeted by Republicans, and touted the bill he signed as the first step in that process. While the bill will release dozens of banks from stronger Federal Reserve oversight, it falls well short of the president’s vow to repeal and replace