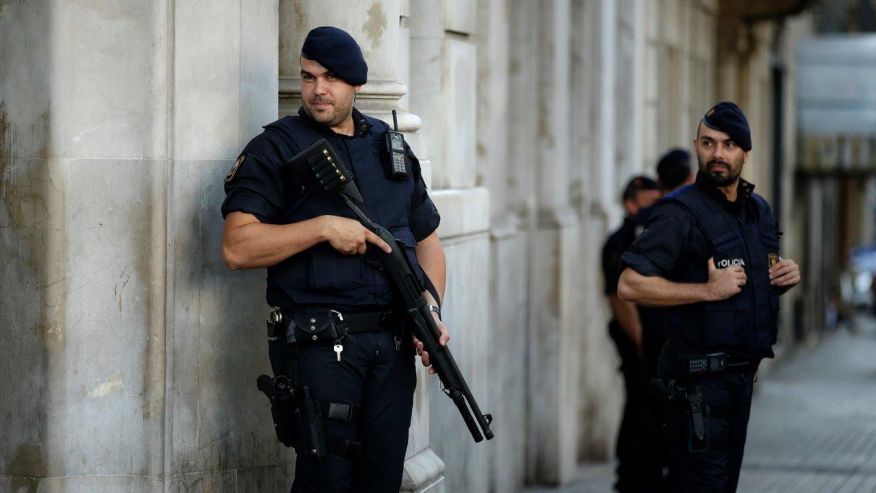 President Trump accused “Obstructionist Democrats” on Friday of hurting national security by waging court fights against his policies, in an apparent reference to the battle over his travel ban and other measures that could get renewed attention following the terror attacks in Spain.

“The Obstructionist Democrats make Security for our country very difficult. They use the courts and associated delay at all times. Must stop!” Trump tweeted, later adding: “Radical Islamic Terrorism must be stopped by whatever means necessary! The courts must give us back our protective rights. Have to be tough!”

Moments earlier, Trump had said U.S. security officials are on the lookout for any signs of trouble, while assuring that America’s borders “are far tougher than ever before.”

The president issued the message as Spanish officials make arrests and hunt for more suspects in Thursday’s attacks that killed at least 14 in central Barcelona and the resort of Cambrils.