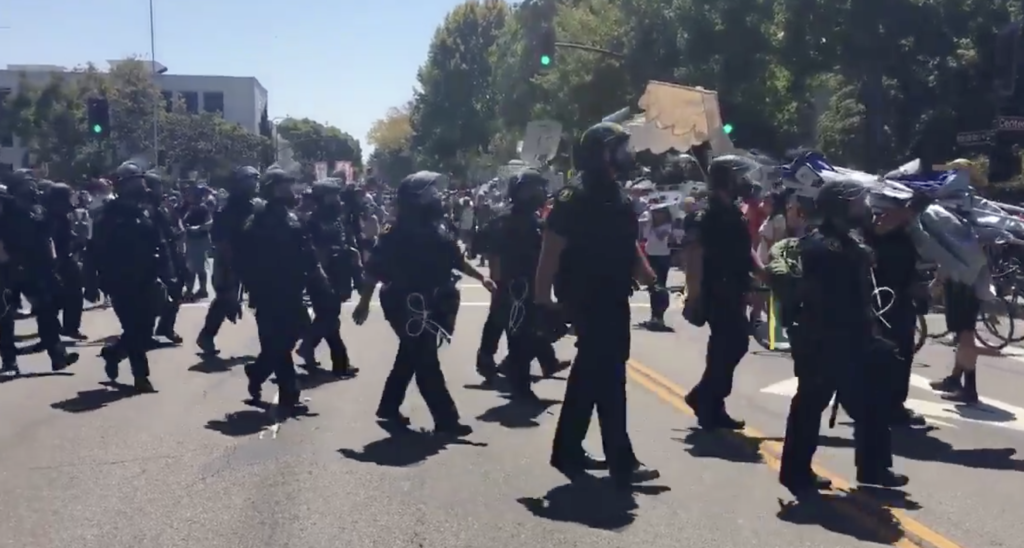 Supporters of President Trump and counterprotesters clashed in Berkley, Calif., on Sunday.

Over 1,000 protesters gathered near the University of California, Berkley’s campus by 11 a.m. on Sunday morning carrying anti-Trump and anti-hate group signs, according to the Los Angeles Times.

Clashes broke out between pro-Trump and anti-Trump groups, resulting in several arrests, according to the publication. The Times said Trump detractors vastly outnumbered supporters.

An event organized by far-right groups intended to take place in the area on Saturday,was canceled by organizers after the city did not grant the group a permit, according to KTVU.