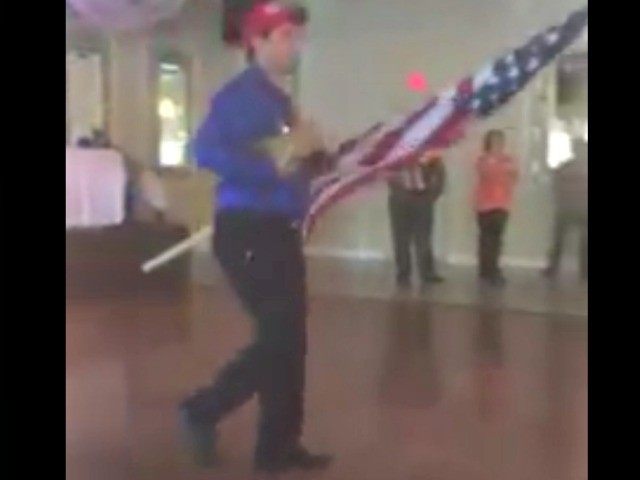 Donald Trump supporters walked out of a delegate election in Georgia Saturday to protest a vote that robbed Trump of all of his slated delegates from a district that he won in the primary.

“This morning, I attended Georgia 7th Congressional District GOP convention as a delegate and a Donald Trump supporter. We were there to elect the 3 delegates and 3 alternates to the national convention,” Ronnie Kurtz told Breitbart News. “Per the primary results, two slots were for Trump, and one was for Rubio. Sen. Ted Cruz (R-TX) finished third in the primary and had no delegates allotted to him…Nonetheless, the hall was stacked with Cruz delegates.”

On the first ballot, the party voted on a delegate slate that would have taken away one of Trump’s delegates but would have, at least, still given him one representative. That bloc would have given Trump supporter Debbie Dooley one of the slots and a Cruz supporter named Carolyn Fisher another slot, with a Rubio slot going to local party convention chairman BJ Van Gundy. But Cruz supporters voted down that slate.