Trump trade advisor Peter Navarro: ‘Zero-sum game’ between China and the rest of the world 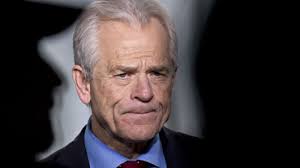 Peter Navarro, one of President Donald Trump’s top trade advisors, said Thursday that China is in a “zero-sum game” with the rest of the world when it comes to trade.

Talking to CNBC’s Joe Kernen on “Squawk Box, he argued that the U.S. needs to protect its interests in rapidly developing technologies.

“This is our future,” Navarro said, citing artificial intelligence, robotics and high-tech industries – all of which are Chinese priorities for the next decade, as well.