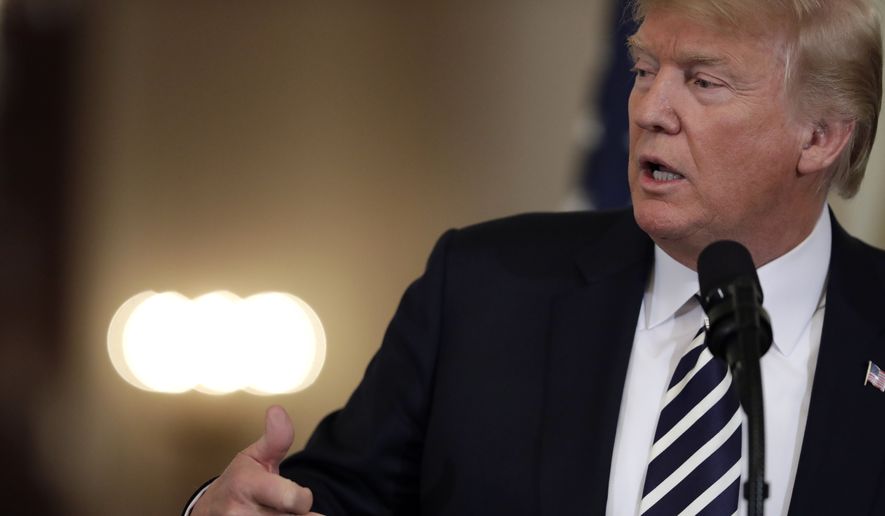 President Trump said Monday that he wouldn’t flinch from a government shutdown this fall over border wall funding, injecting confusion into what had been an unusually orderly and productive appropriations process for the Republican-run Congress.

The threat bucked an agreement on spending bills Mr. Trump struck last week with Republican leaders, put immigration front and center in the midterm election campaigns and raised questions about exactly what sort of shutdown the president had in mind.

Fed up with years of debate that accomplished nothing to secure the border or fix the broken immigration system, Mr. Trump said he wanted results or else.

“If we don’t get border security, after many, many years of talk within the United States, I would have no problem doing a shutdown,” he said at a joint press conference with Italian Prime Minister Giuseppe Conte.