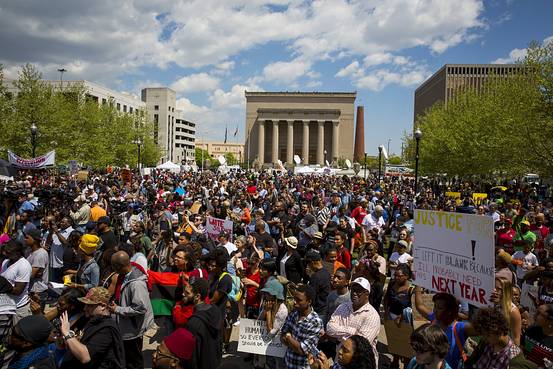 Americans are bracing for a summer of racial disturbances around the country, such as those that have wracked Baltimore, with African Americans and whites deeply divided about why the urban violence has occurred, a new Wall Street Journal/NBC News poll has found.

A resounding 96% of adults surveyed said it was likely there would be additional racial disturbances this summer, a signal that Americans believe Baltimore’s recent problems aren’t a local phenomenon but instead are symptomatic of broader national problems.

When asked to explain recent events in Baltimore and other cities that have seen confrontations between police and members of the African-American community, blacks and whites viewed the situation differently.

Asked to choose between two possible explanations for recent events, 60% of blacks said they reflected “long-standing frustrations about police mistreatment of African Americans.” Some 27% of black respondents said the disturbances were caused by people who used protests over an African American man dying in police custody “as an excused to engage in looting and violence.”