US abstains in key Israel vote, clearing way for condemnation of settlements 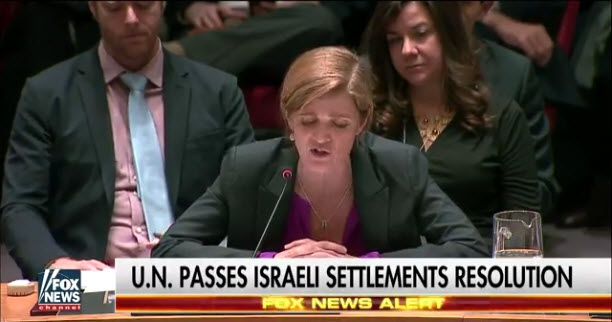 A “shameful” abstention by the U.S. in a United Nations vote Friday allowed passage of a resolution condemning Israeli settlement expansion in the occupied West Bank.

The UN Security Council resolution was put forward by four nations a day after Egypt withdrew it Thursday under pressure from Israel and U.S. President-elect Donald Trump. Failure by the U.S. to veto the measure was seen as a double-cross of America’s key Middle Eastern ally, and attributed directly to outgoing President Barack Obama, who has had chilly relations with Israel throughout his eight-year tenure.

Reaction from U.S. Republicans and Jewish leaders around the world was swift and sharp.

“It was to be expected that Israel’s greatest ally would act in accordance with the values that we share and that they would have vetoed this disgraceful resolution,” said Israel’s Ambassador Danny Danon. “I have no doubt that the new U.S. administration and the incoming UN Secretary General will usher in a new era in terms of the UN’s relationship with Israel.”