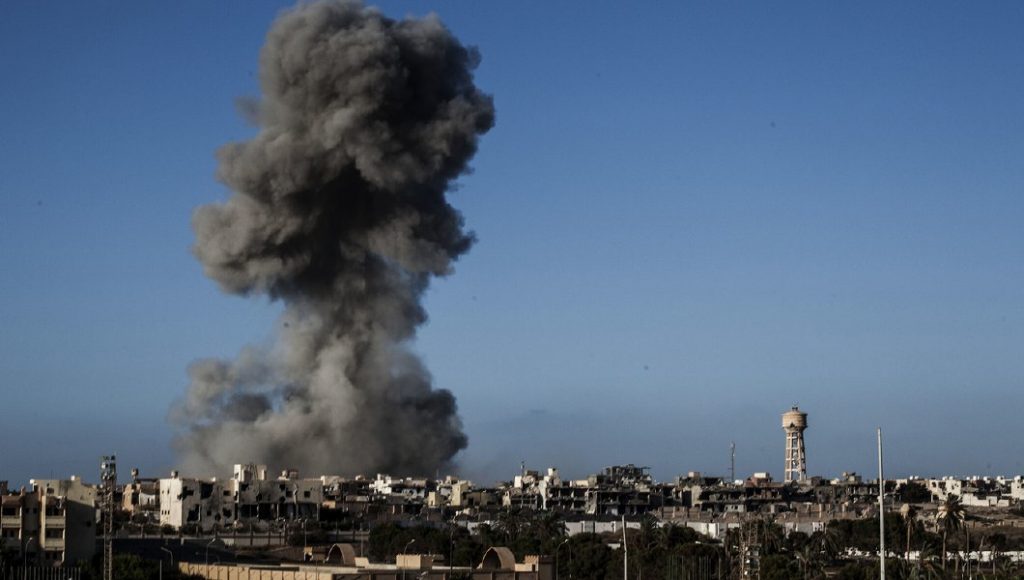 U.S. Africa Command said in a statement U.S. forces conducted six precision airstrikes against an ISIS desert camp Friday evening local time. The camp was used to move ISIS fighters in and out of Libya, stockpile weapons and other equipment, and to plot attacks.

“The United States will track and hunt these terrorists, degrade their capabilities and disrupt their planning and operations by all appropriate, lawful, and proportional means, including precision strikes against their forces, terror training camps and lines of communication, as well as partnering with Libyan forces to deny safe havens for terrorists in Libya,” the statement read.

ibya has been a home for ISIS ever since the organization’s creation earlier in the decade. Libya has large, ungoverned spaces that make it a safe space for terrorists and other extremists looking for a place away from prying eyes.