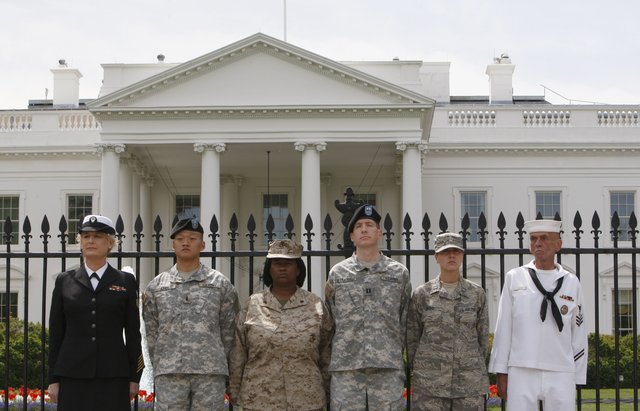 U.S. Department of Agriculture activists want to impose their intense brand of homosexual sensitivity training governmentwide, including a discussion that compares â€œheterosexismâ€ – believing marriage can be between only one man and one woman – to racism.

If accepted by the Obama administration, that move could mean more sessions for military service members already undergoing gay-sensitivity indoctrination. Critics fear additional gay-oriented training would add an unnecessary burden for combat troops and encourage some to leave.

USDA officials have asked the Office of Personnel Management (OPM), which oversees all federal employee policies, to impose its gay-awareness programs on all federal departments, according to an internal newsletter. The training includes a discussion of â€œheterosexismâ€ and compares it to racism. It says people who view marriage as being between only one man and one woman are guilty of â€œheterosexism.â€

The push for the training is coming from Agriculture Secretary Thomas J. Vilsack, former governor of Iowa. The Democrat has launched a departmentwide â€œcultural transformationâ€ that includes a Lesbian, Gay, Bisexual, Transgender (LGBT) Special Emphasis Program.