Virginia receives request for a September rally at the Robert E. Lee monument in Richmond 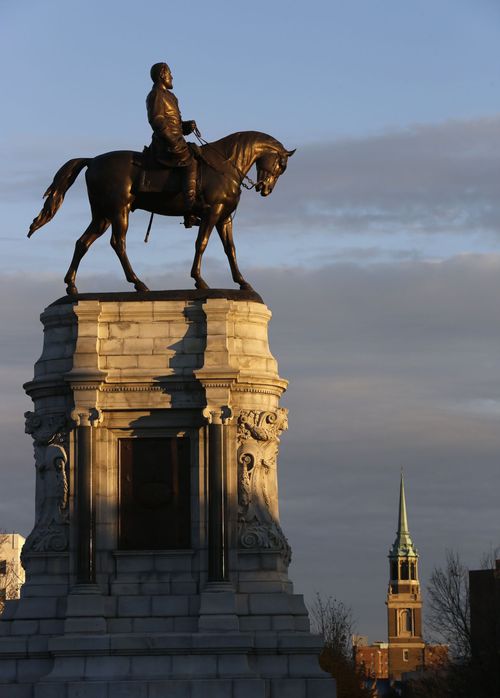 A Confederate heritage organization has asked the state for permission to gather Sept. 16 at Richmond’s Robert E. Lee monument.

The rally would come roughly a month after Saturday’s white nationalist protest descended into violence in Charlottesville.

The Department of General Services has received a request from Americans for Richmond Monument Preservation for a permit to hold an event at the Lee Monument on Monument Avenue, according to Dena Potter, an agency spokeswoman, who said the application is under review and has not been approved.

Potter said the request was submitted by Bragdon Bowling — a former commander of the Virginia Division, Sons of Confederate Veterans. Bowling could not immediately be reached for comment Sunday evening.
Read the full article: http://www.richmond.com/news/virginia/government-politics/virginia-receives-request-for-a-september-rally-at-the-robert/article_1964626e-ccd4-56d9-89e4-d084e92e8607.html