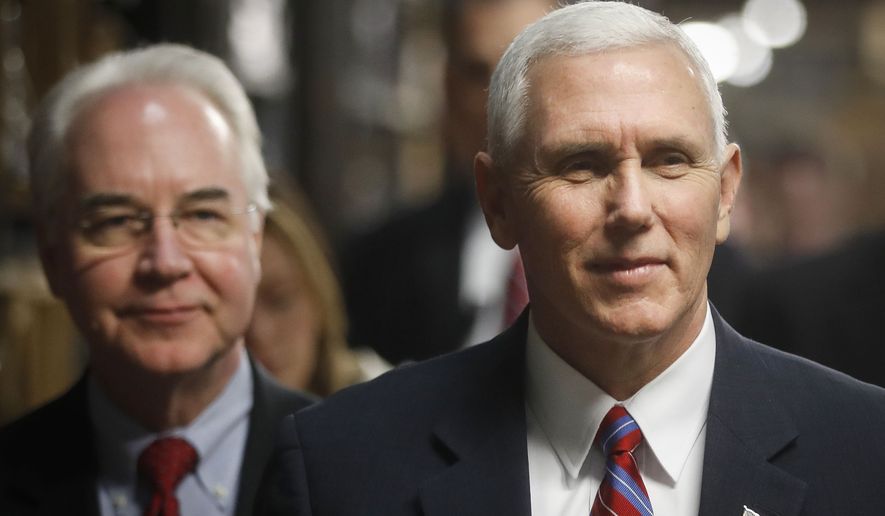 Vice President Mike Pence on Friday said the Trump administration is “putting the finishing touches” on the GOP’s plan to overhaul health care, projecting a sense of party unity even as conservatives balk at the emerging plan as “Obamacare lite.”

Speaking in Wisconsin, Mr. Pence said the draft plan is being finalize over the weekend so Republicans can start to repeal and replace the Affordable Care Act in “just a matter of days.”

“The Obamacare nightmare is about to end,” said Mr. Pence in an appearance with President Trump’s health secretary, Tom Price, and House Speaker Paul D. Ryan in Janesville.