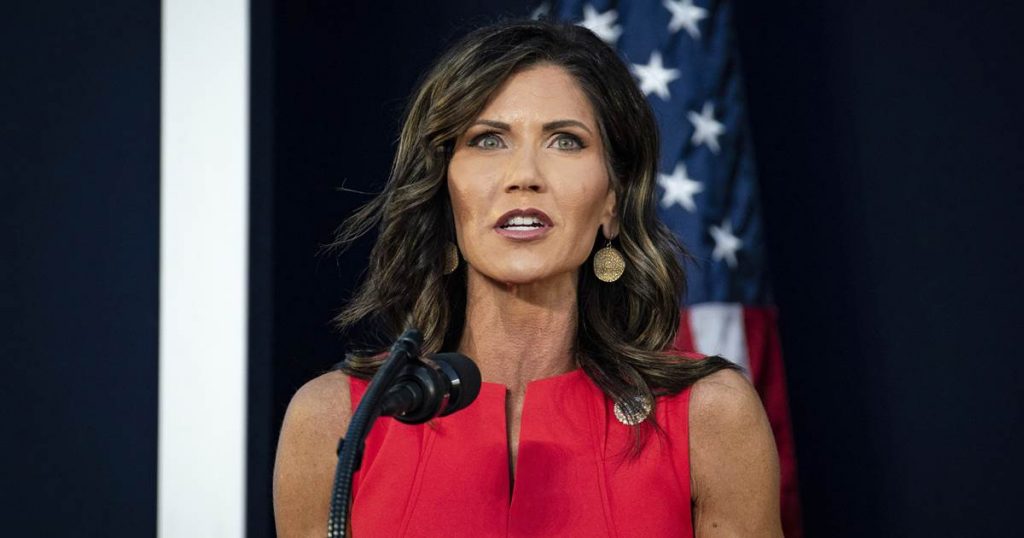 South Dakota Gov. Kristi Noem looked past President Trump in a speech to Republican National Committee members, saying the party’s failure to deliver for people on key issues led to defeat in a pair of Senate runoff elections that handed control of the Senate to the Democratic Party.

Noem, a potential 2024 contender, has been a strong Trump ally, campaigning for him across the country during the 2020 campaign. But speaking to RNC members Thursday during a private luncheon in Florida during the party’s annual winter business meeting, two weeks before Trump leaves office, Noem said Republicans have fallen short on issues ranging from healthcare to immigration to fiscal discipline. The governor blamed those failures for what happened in Georgia on Tuesday.

“Republicans have had chances to deliver for the American people, and, in the past, we haven’t always followed through,” Noem said. “So, here’s the facts, the facts [are] that we got our butts kicked in Georgia on Tuesday. A 33-year-old with no accomplishments and a smooth-talking preacher got elected. And the idea that Georgia would elect two people who embrace the pillars of socialism and communism is ridiculous.”

The governor, a favorite of grassroots Republicans for refusing to embrace economic shutdowns and mask mandates to combat the coronavirus pandemic, traveled to Amelia Island, Florida, to address RNC members one day after a mob of Trump supporters lay siege to the United States Capitol in an attempt to derail the congressional certification of President-elect Joe Biden’s Electoral College victory.

The Washington Examiner was provided video of Noem’s speech by South Dakota GOP Chairman Dan Lederman, who was in attendance.

During her address, Noem made a point of deflecting blame from Trump for Republican losses in Georgia on Tuesday and for Wednesday’s riot at the Capitol. But a hallmark of the 45th president’s pitch to voters over the past four years was that he kept promises made in the 2016 campaign. Noem did not say otherwise. It was nonetheless striking that she focused her remarks on Republican failures and improving in the future, rather than Trump’s accomplishments.

“We have a lot of work that we need to do in the next coming days. What may have worked in the past is not good enough anymore,” Noem said. “The Republican Party has to lead the nation away from borrowing our children’s future. We have to put an end to the accounting gimmicks we use to deceive people.”