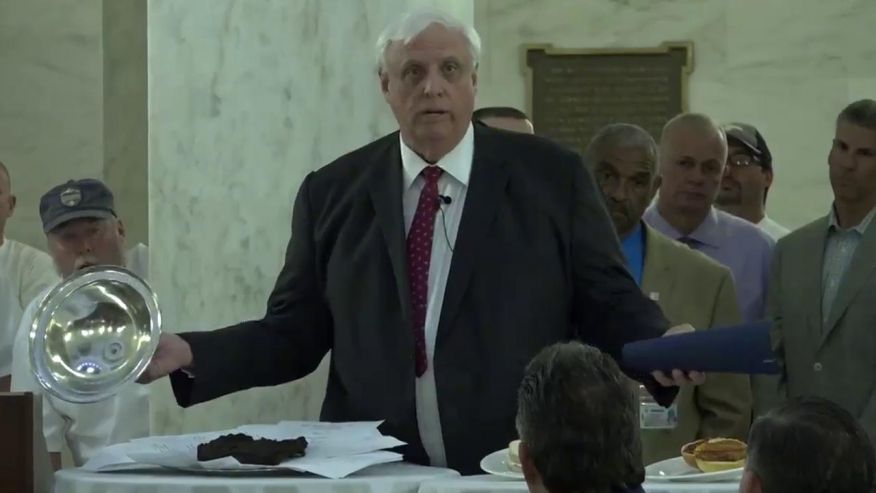 Subtlety might not be West Virginia Gov. Jim Justice’s forte.

The Democratic governor publicly presented a tray of actual bull manure Thursday in the state capitol as he announced his veto of a Republican-backed budget package – leaving no doubt what he thinks of it.

In a piece of political theater that frankly stunk, Justice held his news conference standing over three covered serving trays. He lifted their silver lids one by one, as he explained their contents.

“We don’t have a nothing burger today, and we don’t have a mayonnaise sandwich today. We all should take ownership for this,” he said, after displaying those metaphors in food form.