Facing widespread ridicule for President Obamaâ€™s description of himself as at least the fourth-best president in history, the White House on Wednesday tried to qualify his assessment as based in part on the â€œvolumeâ€ of his achievements.

â€œVoters will judge it, and historians will judge it, in terms of where it fits in terms of American history in its relative success or greatness,â€ presidential spokesman Jay Carney said of Mr. Obamaâ€™s presidency. â€œThatâ€™s not what he was talking about.â€

The presidentâ€™s comments that provoked such a reaction were part of an interview that he gave to Steve Kroft of â€œ60 Minutes,â€ but they appeared only in outtakes on the newsmagazineâ€™s website. Asked by Mr. Kroft to reflect on his presidency to date, Mr. Obama replied:

â€œThe issue here is not going be a list of accomplishments. As you said yourself, Steve, you know, I would put our legislative and foreign-policy accomplishments in our first two years against any president – with the possible exceptions of Johnson, FDR and Lincoln – just in terms of what weâ€™ve gotten done in modern history. But, you know, but when it comes to the economy, weâ€™ve got a lot more work to do.â€

Some people observed that Mr. Obama left out George Washington.

Critics accused Mr. Obama of exhibiting everything from vanity to illusions of grandeur. 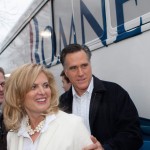 Now, 91 congressmen have â€˜no confidenceâ€™ in Holder or believe he should quit

Obumble’s presidency rating is more than a little skewed. There is one thing for sure, in the ratings of presidencies Obumple is clearly last, only somewhat behind Carter.

Obama not only is the consumate egoist, he is also stupid if he believes that Americans buy his story. Too bad that he cannot or won’t be impeached and save two more years. What a travesty he perpertrated on us all. Sadly, he believes it!
Ugh and more ugh.

This president really is delusional. However, I would describe this president as wholly successful – based on his personal objective when he took office. He has weakened our national defense, crippled our private sector, exploded our public sector, fueled the class-envy war, increased government regulation to business-busting levels, threatened to turn our country into Greece II with the level of entitlements available (including Obamacare) and demonstrated the most flagarant use of public funds for personal pleasure that I can recall of any president. I can’t say McCain would have been any better. I’m hopeful of the next round of Republican candidates – that one of them can truly put our country back on track, but I have to say I’m more doubtful than hopeful.