Why Sanders thinks he can win Trump’s supporters 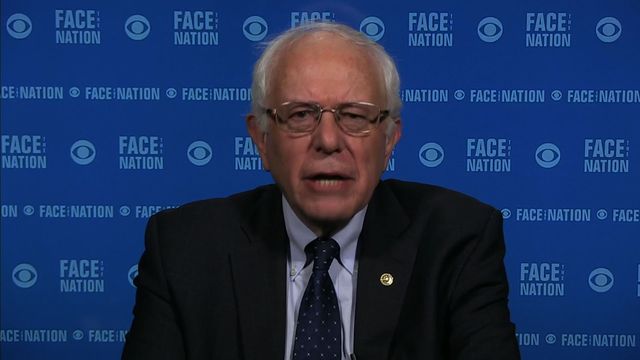 Sen. Bernie Sanders, I-Vermont, faulted Republican presidential candidate Donald Trump for converting voters’ legitimate concerns into hatred and said he can win over some of those voters with his message about improving the economy.

“What Trump has done with some success is taken that anger, taken those fears which are legitimate and converted them into anger against Mexicans, anger against Muslims, and in my view that is not the way we’re going to address the major problems facing our country,” he said.

He suggested there was a certain irony about the fact that Trump does not want to raise the minimum wage, and is looking at ways to give millions in tax breaks to the wealthiest people in the country.