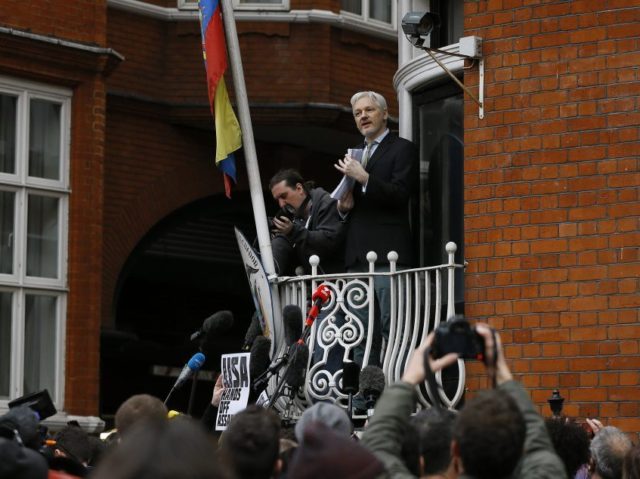 On Tuesday, the Wikileaks Twitter account accused Kerry of using his position as head of the State Department to demand that the leftist South American government disconnect Assange’s internet access. Assange has lived in the Ecuadorian embassy in London for the past four years. If true, Kerry’s authority to make such a request would be dubious, as the hacked emails in question are not government correspondence, but private emails by partisan political campaign officials.

According to Wikileaks, Kerry met with “Ecuador” – potentially President Rafael Correa – in September and requested they shut down Assange’s operation out of their embassy.