Will Anthony Weiner Live at the White House? 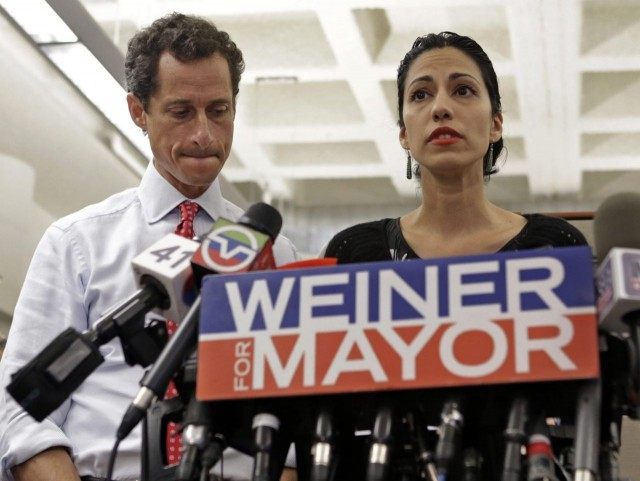 With Hillary Clinton now favored to win the White House, attention turns to her likely policies, appointments, and aides. Her long-suffering assistant and adviser, Huma Abedin, may be moving into the White House, according to one unsubstantiated report last year.

That raises the question: what will her husband, former U.S. Representative and New York mayoral candidate Anthony Weiner, do? Will he live at the White House — and what role might he have in a potential Clinton administration?

Since we are told by the Clinton-loving media that Russian president Vladimir Putin would be President Donald Trump’s live-in lover, such questions seem long overdue.

Weiner was the subject of an infamous 2011 scandal, first broken by Andrew Breitbart, involving his habit of sending racy pictures of himself to women he met online. The story might have died after a few days had Weiner not alleged that he had been “hacked,” which implied that Breitbart had done the hacking.

Then, in 2013, Weiner abandoned his mayoral campaign — which had some real prospect of succeeding — when new allegations that he had not quite kicked his social media habits.